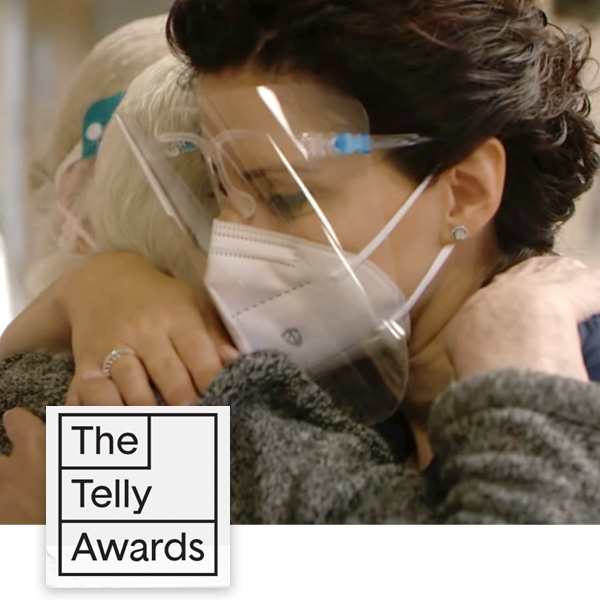 In some exciting news for the healthcare profession, a recent documentary from The American Health Care Association (AHCA) is receiving well-deserved recognition. The documentary, “Closed Doors, Open Hearts: Nursing Homes and COVID-19,” has been honored with three awards in the 43rd Annual Telly Awards and nominated for a National Capital Chesapeake Bay Chapter (Capital) Emmy Award. You can click the link to watch at your convenience!

The documentary features two nursing homes on opposite sides of the country and their struggles and perseverance at the height of the COVID-19 pandemic. It highlights the heroic caregivers who continued to serve through the most challenging times. It also provides a glimpse into what has really happened inside nursing homes since early 2020 and why it is so important to continue supporting these vital providers’ ongoing efforts to keep residents safe and healthy.

The documentary has also been nominated for a Capital Emmy Award in the Documentary – Cultural/Topical category. The Capital Emmy Chapter is one of 19 regional chapters that make up The National Academy of Television Arts & Sciences. It is a non-profit, professional organization serving the Maryland, Virginia, and Washington, DC television and media community. The organization’s foundation is The Emmy® Award, the TV industry’s gold-standard for the recognition of television excellence.

This deeply touching film looked at all that our nursing homes had to persevere through during the COVID-19 pandemic. Opening on a “before” that most of us in the profession will fondly recognize, the film shifts to interviews with staff and footage of how communities have dealt with the ways the virus has touched the lives of us all. From facility closures to heartbreaking losses, “new normals” and staff heroism, the effect of COVID-19 on the health care profession is conveyed through the deep passion of the professionals who met the unprecedented challenges.

“It is an incredible honor to receive these awards and recognition,” said AHCA President & CEO Mark Parkinson. “Nursing homes have been at the epicenter of the COVID-19 pandemic since the very beginning. These providers have been doing everything they can to care for and keep this highly vulnerable population safe. It is so important to tell their story, and we are thankful to have these amazing platforms to do exactly that.”

Winners of the Capital Emmys will be announced at the 64th Capital Emmy Awards on June 25, 2022, at the Bethesda North Marriott Hotel & Conference Center.

We at Mission Health are so proud to be a part of this caring, passionate profession, and we remain grateful for the dedication and skill our staff has demonstrated throughout the pandemic. We also thank the AHCA for creating such a moving documentary, to remind us and the rest of the world about the heart that goes into this profession. 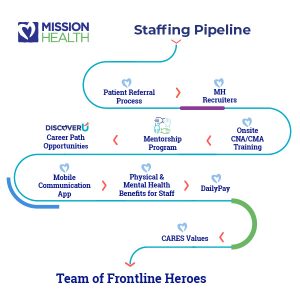 Improving the Mission Staffing Pipeline in 2023

Happy New Year! 2022 has come to a close and it is time to focus on 2023. COVID-19 turned nursing homes upside down and even 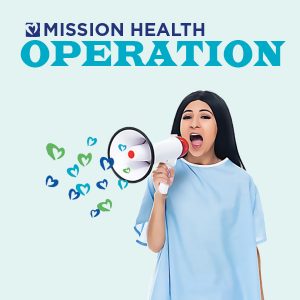 How can we assist you?

How can we assist you?